5 Most Useful Languages When Traveling to Europe

When we travel, at one point or another, we sometimes have to make use of some sort of sign language to get understood because we don’t speak the language of the country. Eventually, you will realize that repeating a request over and over again, or raising your voice will still not yield you any results.

If traveling to a European country, learning a language will certainly be a useful skill. But seeing as there are 24 official languages spoken in Europe, which one should you learn? The choice will depend heavily on which country you’re going to, but it’s good to know that many Europeans are bilingual, many as in 54%.

To narrow down your choice of the most useful languages to use in Europe, check out this list before you travel there.

This shouldn’t come as a surprise since English is the most dominant language in the world.  If you’re a native speaker of English, it might serve you well to pronounce words clearer and speak slower for a native European to grasp what you’re saying. After all, English native speakers, especially in American dialect, tend to slur certain letters in certain words; as in water, where the ‘t’ is barely heard. You might also enunciate better; saying I want instead of ‘I wanna’.

French is the official language of France, Belgium, Switzerland, Luxembourg, and Monaco in Europe, which are some of Europe’s loveliest countries. Being used in 5 countries makes it a language worth studying. Around 300 million people speak French worldwide. It’s a romantic language and the second most studied one after English.

Surprisingly, Russian is the most spoken language on the continent. You’ll find many Russians and others from the former USSR, and still others from Eastern Europe who speak Russian, so knowing some Russian is going to be helpful. To help you along while learning, using an English to Russian Dictionary is definitely going to come in handy because Russian is one of the more difficult languages. When it’s difficult to remember how to say something, a translated dictionary will help you tremendously.

This language is the official language of six European countries: Germany, Belgium, Liechtenstein, Luxembourg, and Switzerland. Besides these countries, there are a couple of entities in Europe that also use German as their official language, and they include the Autonomous Province of South Tyrol in Italy, and the Opole Voivodeship and Silesian Voivodeship in Poland.

Though it is the official language of only one country, Turkey, it has an equal status in Cyprus, and used in other Mediterranean countries such as Serbia and Greece. Also, Germany has thousands of Turkish migrants, so you will find many who speak the language there.

Wherever you travel in Europe, it’s a good and appreciated gesture to learn some phrases of the country’s language. Since it’s expected you’ll make mistakes if you don’t speak fluently, a dictionary is going to help you to understand others and others understand you. Doing your best to remove a language barrier will make your trip a lot more enjoyable and comfortable. 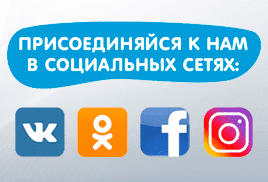